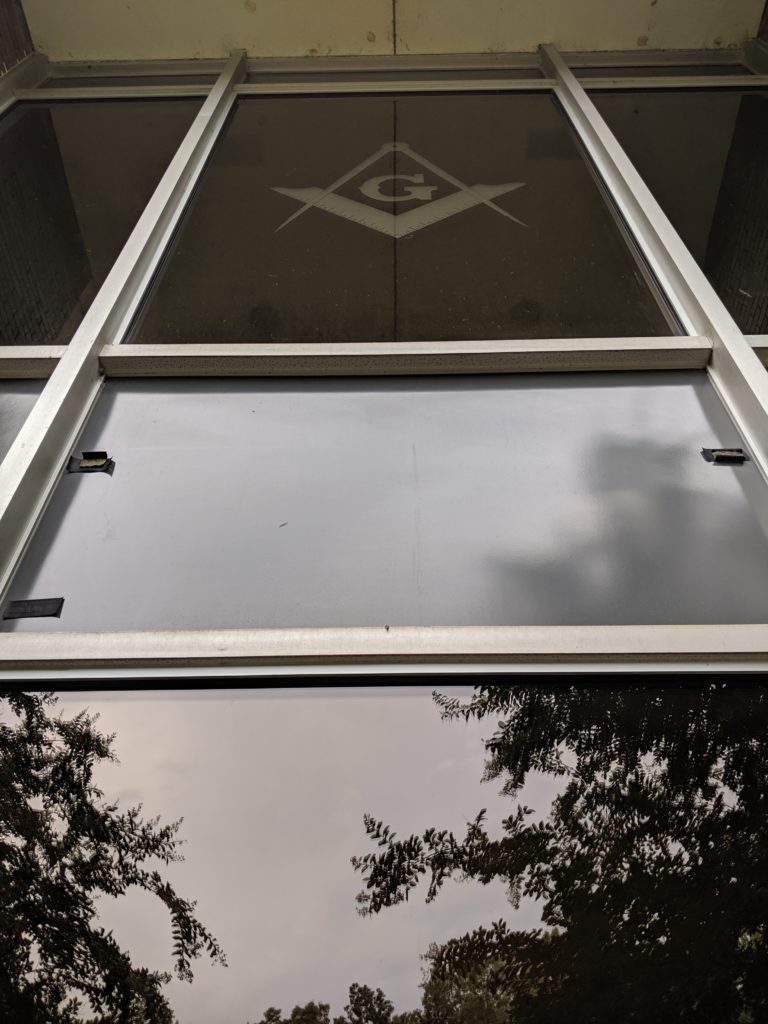 The current location for University Lodge #408 was designed by architect D.E. Stewart. Built in 1960, the building is a fine example of Mid-Century Modernism.

From the concrete trellises on either side of the front doors; to the two-foot wide entrances to the kitchen and bathrooms; to the square, four-sided lag bolts used to assemble the maple, butcher-block stairs, the design was meant to be simple and to integrate with the building’s natural surroundings. In fact, right before construction began, the architect adjusted where the lodge sat on the two-acre plot to better align with the new Franklin Street.

The glass walls in front let in plenty of natural light, reminding masons to look toward the Supreme Light. Brothers ascend the open staircase, literally toward that light, setting our minds on higher purposes before we even reach the lodge room.

Everything about the building was designed to serve as a Masonic lodge. 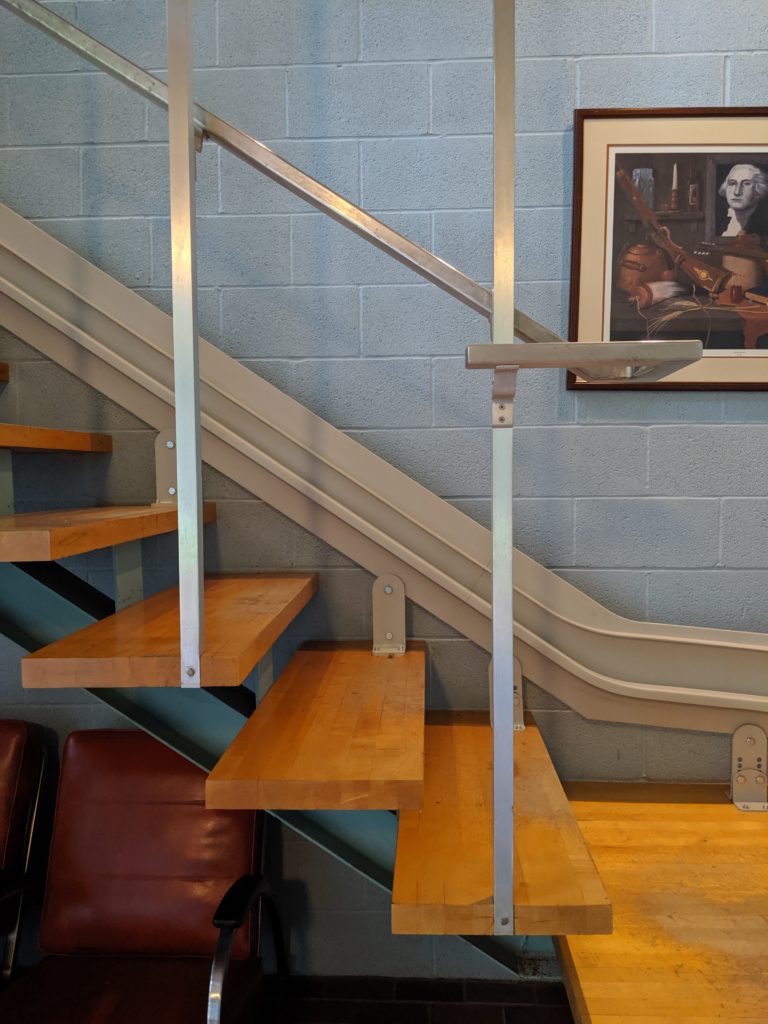 Every inner wall is a block wall: there are no partitions. The aluminum furniture in the lobby was designed for the lodge. Even the HVAC was designed specifically for the building.

Members with limited mobility enjoy the custom-designed chairlift, which, at the time it was installed, was the longest chairlift in North Carolina.

The only wood inside the lodge is found in the lodge room, where it supports stadium seating, as well as the wardens’ podiums.

Note the different brickwork on the east, west, and south walls of the lodge room. Note the blank wall in the north. This was intentional. 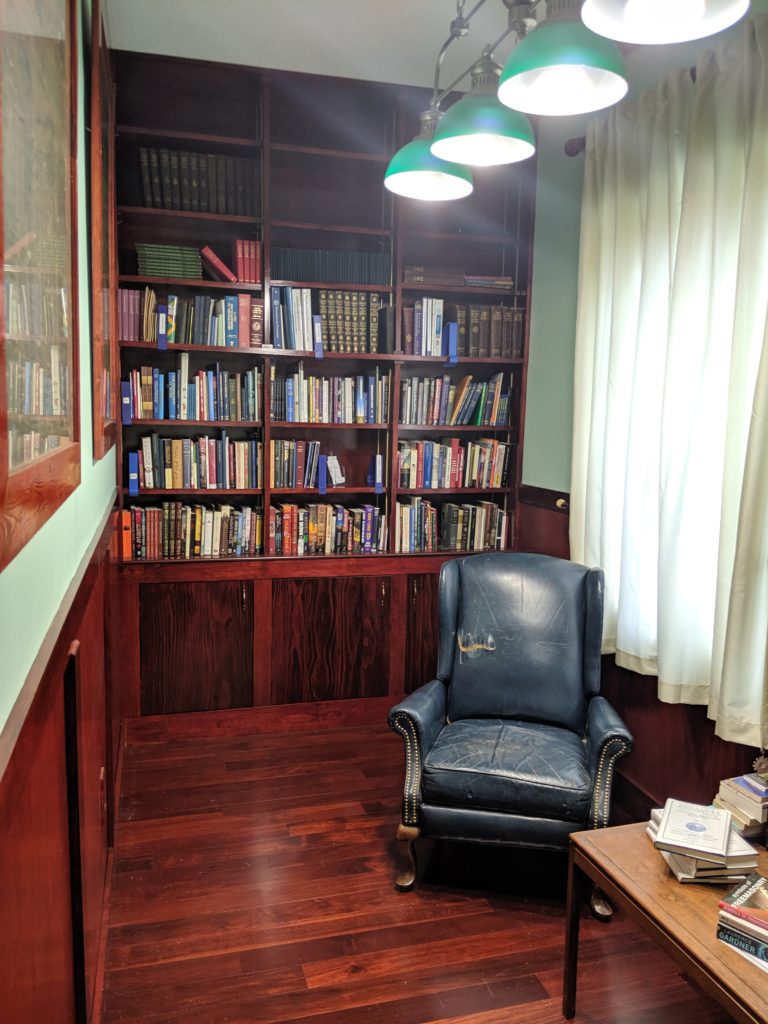 Although not part of the original design, the library has become the “Crown Jewel of the 19th Masonic District,” offering beautiful, red-wood paneling and built-in shelves. Any master mason may check a book out of the library.

The building is a testament to the harmony man seeks with the Creator. It also is interesting architecturally, being not only a superb example of a major architectural style, but having been built at the confluence of technologies, when, for example, a contractor could countersink maple stair treads but Phillips-head screws were still exciting and new.